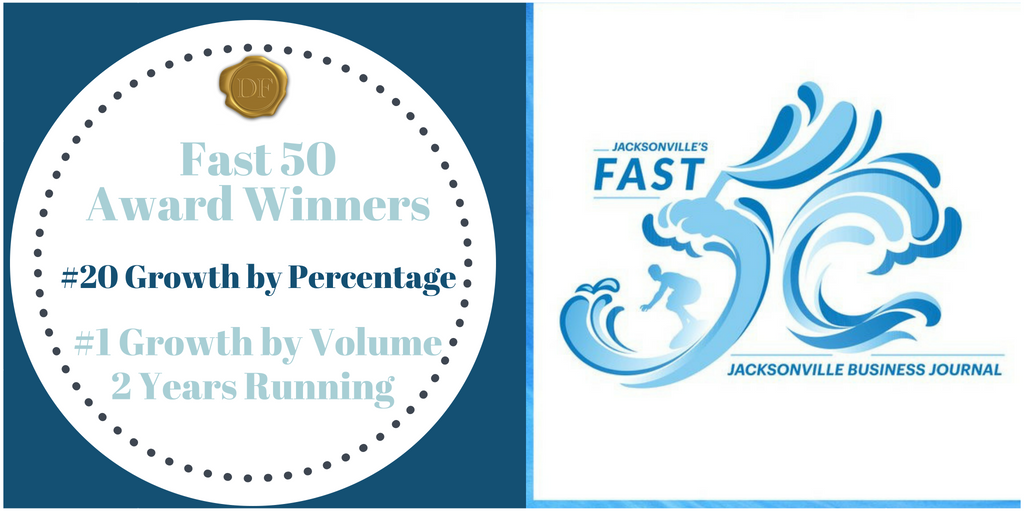 Dream Finders Homes took home two titles. They were recognized as number twenty on the Fast 50 Top Companies for Growth by Percentage. In addition, Dream Finders Homes was also recognized as the number one fastest growing company in Northeast Florida for Growth by Volume. 2018 is the second consecutive year Dream Finders has received the number one ranking for Growth by Volume. Dream Finders Homes has also made the Fast 50 list for three consecutive years from 2011-2013, bringing the number of years Dream Finders has appeared on the Fast 50 List to a total of five.
In order to be considered as a recipient for a Fast 50 Growth Award, a company must meet several eligibility requirements. They must be privately held, locally owned and for profit. Companies must also have experienced overall growth from 2015-2017, as well as a revenue gain from 2016 to 2017, and have had annual revenue of at least $1 million in 2017. Lastly, eligible companies must have been in business since 2014, and be headquartered in Baker, Clay, Duval, Flagler, Nassau, Putnam or St. Johns counties.
Founded in 2008, Patrick Zalupski, CEO and Co-Founder of Dream Finders Homes, began Dream Finders Homes to build homes at affordable prices to meet the needs of individual customers in the Jacksonville area. Since then, company growth has continually skyrocketed.  Dream Finders has also expanded into six regional divisions, spread across seven states.