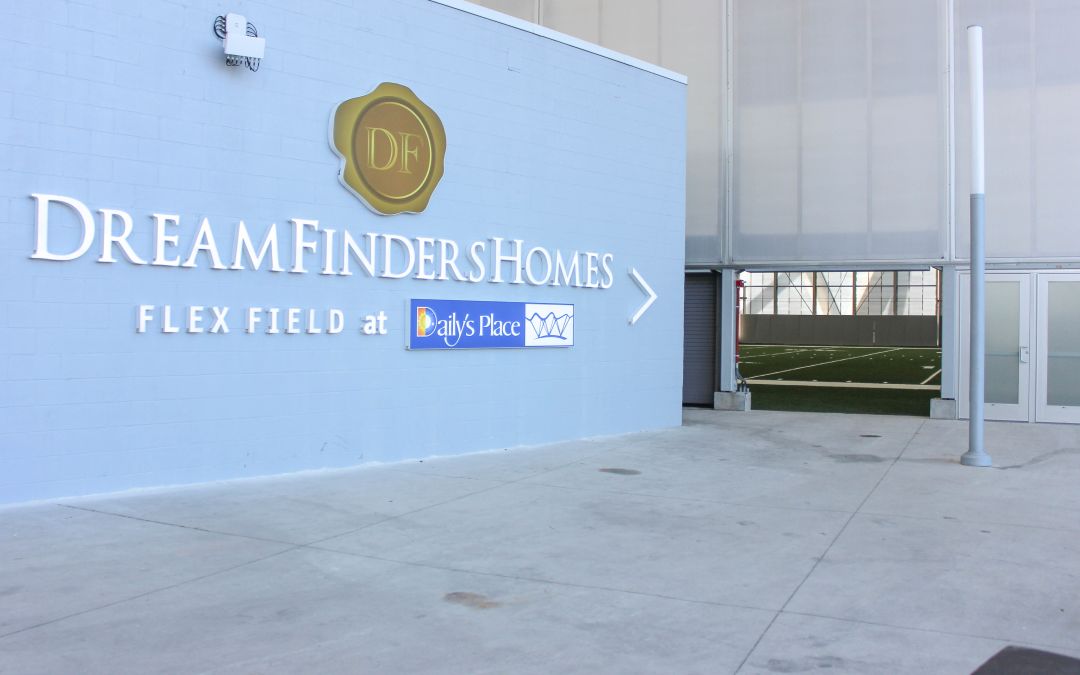 “Dream Finders Homes continues to be innovative in their approach to home building, and they have brought this same level of innovation to their partnership with the Jaguars,” said Jaguars President Mark Lamping. “Among their firsts include a one-of-its-kind stadium home, a $100,000 Take it to the House promotion, theming of a stadium entry gate to look like the façade of a house and now the first home builder to entitle an NFL practice facility. We applaud Dream Finders’ passion for their business and commitment to ours.”
The Dream Finders Homes Practice Complex includes the three primary practice fields located outside the northwest corner of EverBank Field and will host public practices during Jaguars Training Camp in July and August.  The Dream Finders Homes Flex Field at Daily’s Place will serve as both an indoor practice facility for the team in-season and provide the Jacksonville community with a year-round community space for events, local sports competitions and other corporate functions.  Together with Daily’s Place, the entire facility is kick-starting a transformation of Downtown Jacksonville.
“We could not be more pleased about the direction of our partnership with the Jaguars, the recent performance of the team and the vision Shad Khan has for our great city,” said Patrick Zalupski, CEO and Co-Founder of Dream Finders Homes.  “The opportunity to partner with an NFL franchise in our home market and support an owner that has demonstrated his commitment to Jacksonville provides us the ability to share the Dream Finders Homes growth story nationally.”
Dream Finders Homes began their partnership with the Jaguars in 2014 and became the Official Home Builder of the team in 2015.  The partnership has grown over the past four seasons to include the Stadium Home at EverBank Field.  The Take it to the House punt return promotion has already generated two winners of $100,000 towards a Dream Finders home.  Gate 1, which serves as a main entrance for fans on game day and concert-goers at Daily’s Place, adopted an entirely new look in 2017 with a unique façade to mimic the look of a custom Dream Finders Home.